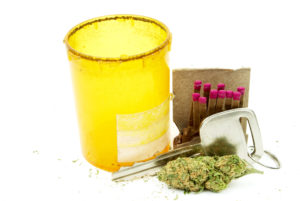 DWI DUI and DWAI – If you received one of these charges, you need legal help immediately. Our law firm has assisted thousands of people reduce their charge.

CLICK HERE to view a video on this topic.

Driving while intoxicated is a crime. Your judgment, coordination and ability to drive a vehicle change when you consume any amount of alcohol. The level of impairment depends on five conditions:
• the amount of alcohol you drink
• the amount of food you eat before or while you drink alcohol
• the length of time you drink alcohol
• your body weight
• your gender
There is no quick method to become sober. The best method is to wait until your body absorbs the alcohol. The average rate that your body processes alcohol is approximately one drink per hour.

Let our lawyers help you get you a lower the fine and lower points on your license.

There is no fee to call our law firm to discuss your situation.

Why our law firm?

Accumulating too many points on your license for traffic violations can result in serious penalties.

We will aggressively fight each traffic ticket to help you avoid points and the loss of your driving privileges.

Protect Your Driving Privileges! Did you know that when you pay a ticket you are pleading guilty?

Some traffic violations can have very serious repercussions.

Depending on the nature of the traffic violation, some of the potential penalties you could face include:

Below are some common traffic tickets issued in this County